The Six Invitational esports event has become a regular feature each year for Rainbow Six: Siege, and Ubisoft has announced that tickets are on sale right now, which you can find here.

The fourth edition will take place next February in Greater Montreal - at Place Bell - and 16 teams will be competing for the top prizes. It also serves as a gathering for the community, as fans, cosplayers, and developers all unite in one place.

As with every year, we'll get to see panels from the team to highlight upcoming content for the next year, and look back on what's been released so far.

You can get an Elite Pass and an Operator Pass, and the group stage will run from February 7 to 9. The first two days of playoffs will be on February 11 and 12, while February 14 to 16 will see the final stages kick off, with the public able to attend on the last two days. All of this can be watched online though.

Team Empire and Team SoloMid are confirmed to attend due to victories in the Six Major Raleigh and DreamHack Montreal respectively, but we also have eight teams from the Pro League Season X finals, the winner of the OGA PIT Rainbow Six Major, as well as teams from Asia-Pacific, Latin America, North America, and Europe online qualifiers.

You can find out more about the event here, and we even have a new trailer down below.

Will you be attending?

Vediamo in azione i due nuovi operatori. 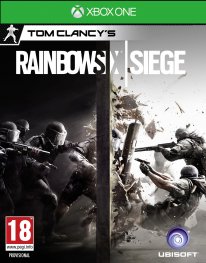