The FIA and developer Polyphony Digital has announced that the Gran Turismo Championships 2021 Series will begin on April 21. The series that takes place within Gran Turismo Sport will continue the tournament that started in 2018, and is available to all players over the age of 18, who own a copy of the game and a PS Plus subscription.

The first online stage for the series runs from April 21 until June 26, and will feature ten rounds of competition. The Nations Cup will be on Saturdays, whereas the Manufacturer Cup will take place on Wednesdays. At the end of this section, the top 16 Nations Cup and top 12 Manufacturers Cup reps will be invited to partake in the World Series that will run between June 6 to July 11. This section will then conclude with the World Series Showdown, for the best of the best to compete for World Finals points. This will be on August 21 and 22.

There will then be another Online Stage running from July 7 to September 25, before a second round of World Series taking place between October 3 and November 14.

The season will conclude with the World Finals set between December 3 through 5, and will pit the very best from the last year of competition against one another.

"We are entering the fourth year of a very strong relationship with Gran Turismo and it has been such a success," said Graham Stoker, FIA deputy president for sport in a press release. "Digital Motor Sport has come to the fore during the pandemic, and it was great to see so many competitors taking part in the Championships last year and to watch such an exciting World Finals. With previous winners from Brazil and Germany joined by last year's winner from Japan, this is proving to be a truly global series." 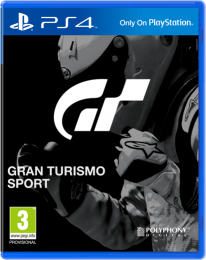