The London Royal Ravens had their home event this past weekend, and unfortunately lost both games they played (against OpTic Chicago and Los Angeles Thieves). With now having a record of 3-12 in the second Call of Duty League season, placing them dead last in the standings, the team has decided to make a few personnel changes.

Announced over Twitter, the Ravens will be parting ways with Trei "Zer0" Morris and head coach James "Dominate" Batz. With such a radical set of changes, Ravens' fans will have to hope that the team can start getting something moving this season, especially considering the team did manage to make it all the way to the Grand Finals event for the Inaugural Season, after an impressive run through the playoffs bracket.

No word has been mentioned as to who will be taking up the mantle of head coach now that Dominate is out the door, and considering the team already has a bountiful list of players, we probably won't be seeing any player additions anytime soon either.

The Call of Duty League is currently in its third stage, and is seeing competition at the Paris Legion home event that started last night, April 29. The Ravens have already played here and defeated the New York Subliners. 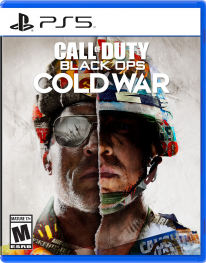